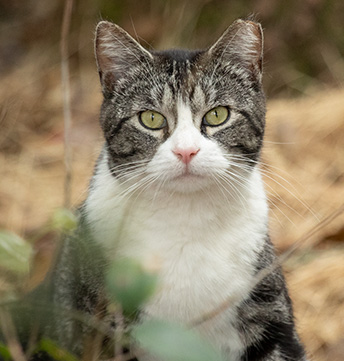 This action is ONLY for residents of Iowa

Thank you taking action with us. We are in contact with the city to develop a positive outcome for the cats, and our initial communications have been encouraging. Please check back for updates.

The Jefferson City Council is proposing that people and police officers catch and dispose of cats outside the city limits—which is against the state law. The proposed policy states, “It is the intent to make sure cat colonies are managed and eliminated” and that a citizen can trap a cat and “has the right to do with the cat as they see fit.” According to the proposed policy, even a microchipped cat could be “euthanized or taken out of town.”

We need your help to tell the City Council to cease consideration of any barbaric or illegal proposed policies of killing or dumping cats.  Ask them to work with Alley Cat Allies and others to implement humane, mainstream, and proven approaches that are better for cats and better for the communities in which they live.

Alley Cat Allies has attempted many times in recent years, including 2018 and 2019, to work with city leaders in Jefferson to turn toward more humane policies such as Trap-Neuter-Return (TNR), and work to save cats and kittens instead of killing them. Yet the City now has a cruel proposal to round up, illegally abandon, and kill cats up for consideration at their meeting TONIGHT.

Please write to the Jefferson City Council and tell them to only consider humane, mainstream, proven approaches to manage outdoor cats.

If you are able, please consider attending the meeting, which will be held on the second floor of City Hall (Council Chambers, 220 North Chestnut Street).