Take the Pledge to Stop the Killing

Too many cats and kittens in our nation’s shelter system are killed.  In fact, that’s the number one documented cause of death for cats in the United States.

All cats are in danger of being killed in animal shelters that lack lifesaving policies and programs—as many do. It’s even worse for community cats—virtually 100% of these cats, also called feral cats, are killed upon entering animal shelters.

Cats deserve to live, and together we can stop the killing.

To save cats’ lives, we need as many people as possible to take a stand. Cats need your voice! Join Alley Cat Allies in calling for an end to the killing of cats. 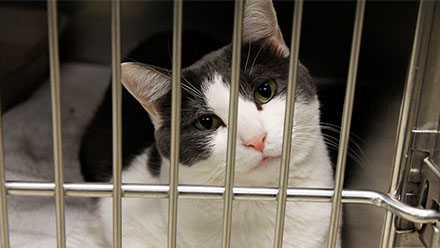 Add your name today to join the movement and help stop the killing.